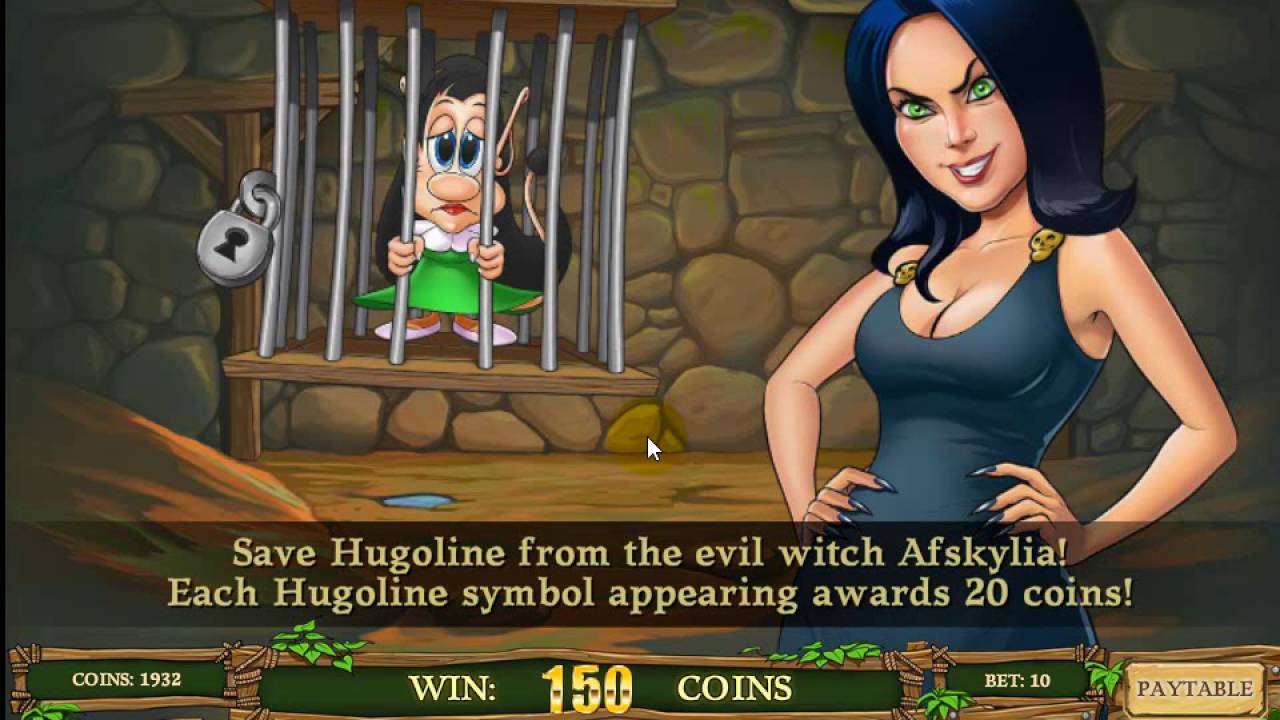 Hugo is a fun slot game developed by Play’ N Go, featuring 5 reels with 10 paylines. The game has a cartoon design and is based on the adventure of a troll that is popular in the Scandinavian countries and had appeared in other games and platforms.

The purpose of the game is to help Hugo rescue his wife Hugoline from the evil witch Afskylia. Spinning the reels will get the player closer and closer to finding and rescuing Hugoline from the clutches of evil.

The symbols are A, K, Q, J and 10 that are low paying. Other symbols are high paying, like the digging picks, bags of gold, golden nuggets and dynamite sticks. Hugo substitutes any other symbol on the reel to make winning combinations and it doubles the wins if the symbol is part of a combo. The symbols also feature the Evil Witch Afskylia and Hugoline.

The best feature of the game is the Treasure Bonus feature that is triggered by landing the treasure chest scatter symbol on reel 1, 3 and 5. Players the must choose a door to get to the greatest treasure inside the gold mine. Each door that appears rewards the players with up to 150 time the amount bet. The feature will end if Don Croco the Crocodile Henchman appears behind the door the player picks.

The free spins feature, present in this game as well, is triggered when three or more Evil Witch Afskylia symbol appears on the reels. This feature will allow players to enjoy 5, 10 or 15 free spins with different pay multipliers. Triggering the free spins feature again in the game will give the players the same number of free spins they chose the first time.

Hugo is a fun game with great winning potential. The biggest win is up to 10000 times the amount bet. So why not team up with Hugo and give Hugoline a chance to be rescued?!